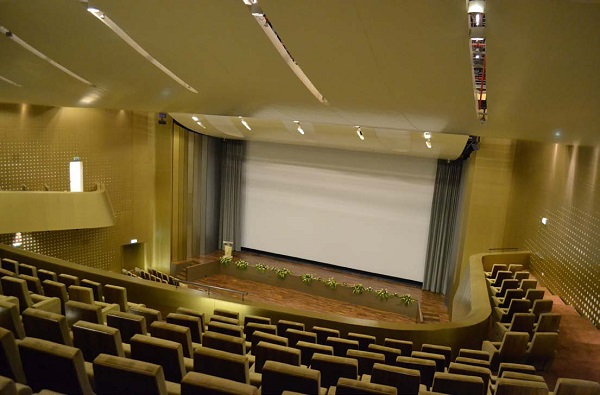 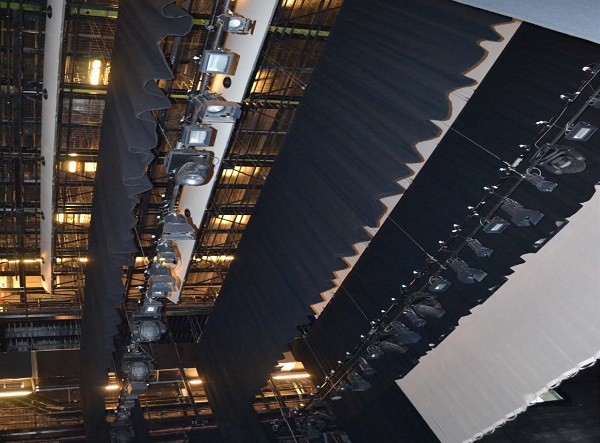 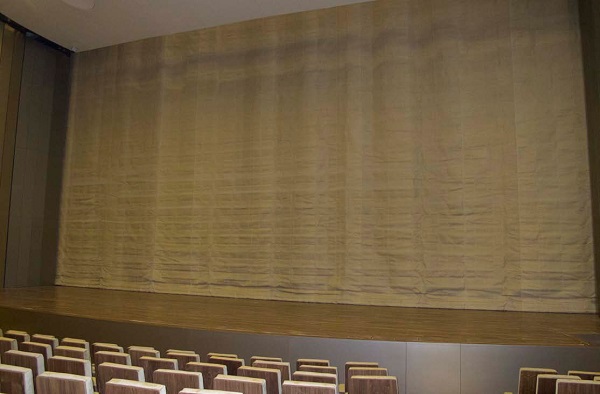 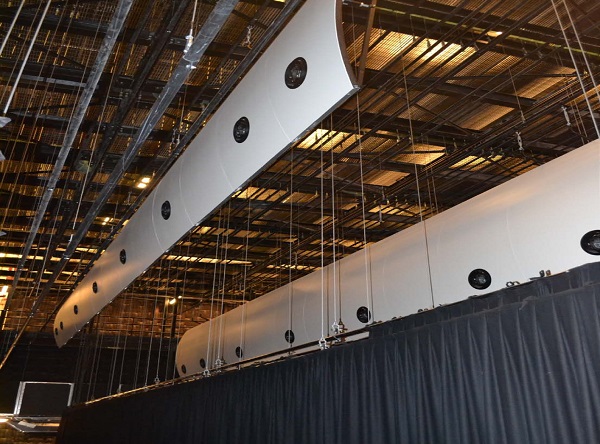 In one of the company’s largest installations to date J&C Joel carried out a complete fit out of Zayed University’s Abu Dhabi campus auditorium installing a complete rigging system, stage dressings, stage machinery and an acoustic shell for the venue’s stage.

A total of 55 suspension bars for lighting, scenery and stage drapery were installed above the auditorium’s stage, 22 of which are powered by motorised hoists capable of operating at a speed of 0.6 metres per second. A further 20 suspension bars were installed which are raised and lowered using a seven-line manual counterweight system, each set with a safe working load of 750kg.

The venue’s Front of House Curtains were manufactured from a grey Heavy Velvet Velour (VELH041), custom dyed to match the colour of the hall’s architectural features. These were suspended from a motorised Unibeam track capable of operating at speeds of up to 1.5 metres per second. Stage masking curtains were manufactured from black Standard Wool Serge (WS001) and hung from 12 dead-hung suspension bars above the stage floor.

A white Cotton Cyclorama Canvas (CAN041) and white Sharkstooth Gauze (ST014) backdrop measuring 12 metres wide was mounted on suspension bars to the rear of the stage. The auditorium’s rigging systems are operated via a fully automated control system.

J&C Joel also designed and laid the semi-sprung acoustic flooring spanning the stage, side wings and orchestra lifts, which was constructed with rubber pads and acoustic wadding between its layers to reduce travelling sound. The stage floor behind the Front of House Curtains is black with a removable “wearing” layer on which sets are placed, while the stage area to the front of the curtains has a black American walnut top finish and is used to stage prestigious events and ceremonies.

A complete lift system was engineered consisting of four stage lifts and an orchestra lift that can be used in various configurations thanks to a bespoke control system. Each lift is raised and lowered by six Serapid rigid chain LinkLifttm systems and powered by a single motor.

The shell consists of 10 customised aluminium extrusion frames to which reflective acoustic panels are attached. The panels are manufactured with an undulating surface that is designed to direct sound toward the audience. The top of the shell is sealed with a series of hinged ceiling panels hanging from suspension bars above the stage.