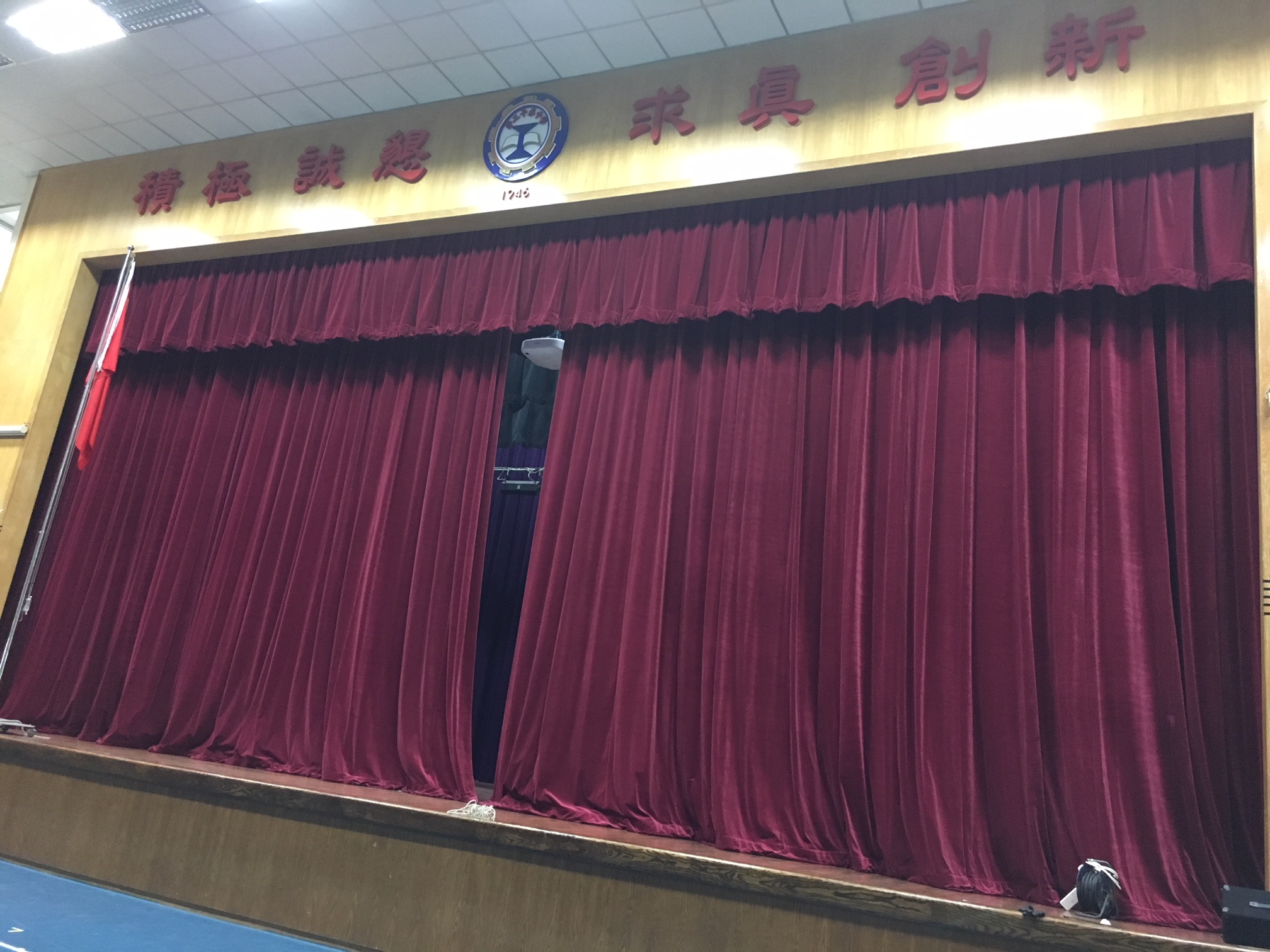 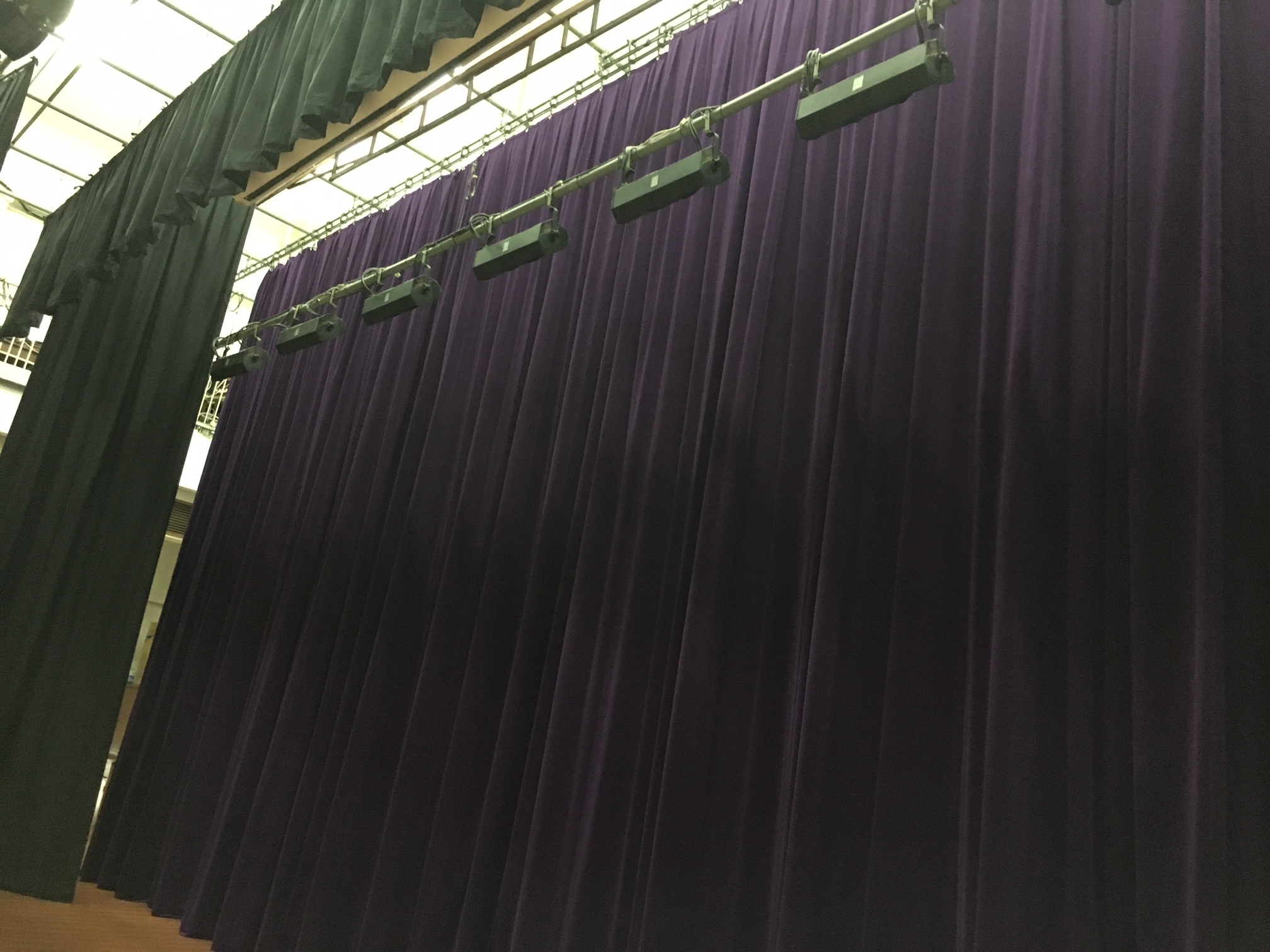 The school, which was founded in 1946 and now has 20 classes and around 700 students, uses Chinese as the major medium of instruction.

J&C Joel began by producing a pair of Front of House drapes for the school’s performance space. These were made from J&C Joel’s luxurious Vegas 565 Velvet Velour (VEL165), in the colour wine. Each of the drapes measured a width of 8.500m by a drop of 6.500m, with 50% fullness. The header of the drapes was finished with eyelets and S-hooks to ensure they hung appropriately.

Next, the company made two separate types of drapes to act as borders and valances for the theatrical space. The first was manufactured from Vegas 565 Velvet Velour (VEL165) in the colour wine, to accompany the Front of House drapes and add to the traditional appearance of the theatre. The others were made from Bolton Twill (BT005), in the shade black, of which three were produced. Each drape measured a width of 15.000m by a drop of 1.400m, with 50% fullness. The drapes were finished with black tie tapes which allowed for an easy attachment.

In addition to this, J&C Joel provided a pair of drapes to act as backdrops, made from Velvet Velour (VEL009), in the colour purple. Each drape measured a width of 8.500m by a drop of 6.420m, with 50% fullness. The heading of the drapes was again finished with eyelets and S-hooks.

Next, the company focused on providing six stage legs. These were manufactured from J&C Joel’s Bolton Twill (BT005) in the shade black. The drapes measured a width of 1.500m by a drop of 6.430m, with 50% fullness.

Finally, J&C Joel produced a Cyclorama made from Wide Width Canvas (CAN018) in the shade white. This measured a width of 12.100m by a drop of 6.460m. The heading and sides were finished with eyelets and ties to ensure it could be easily and sufficiently attached.