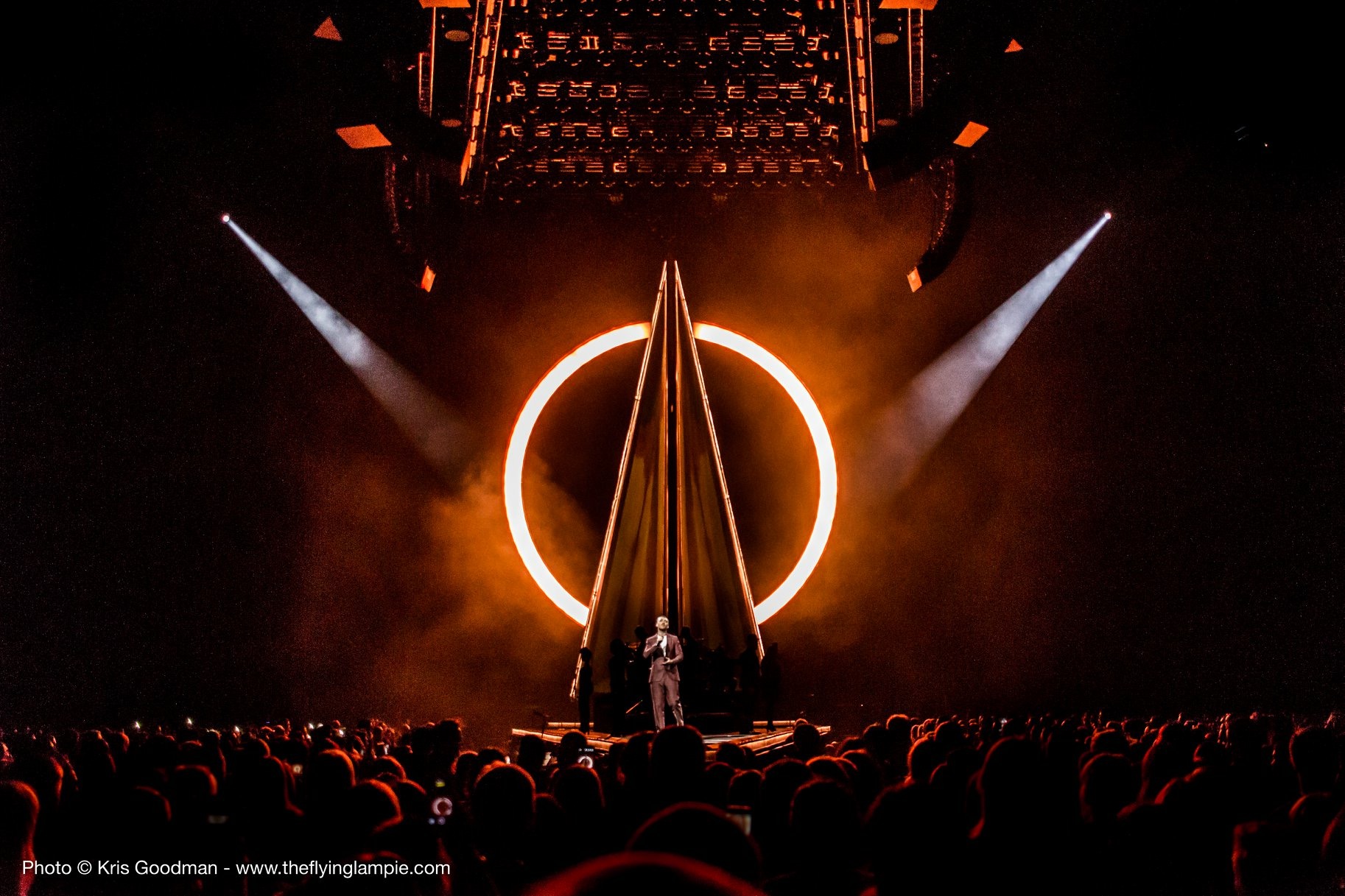 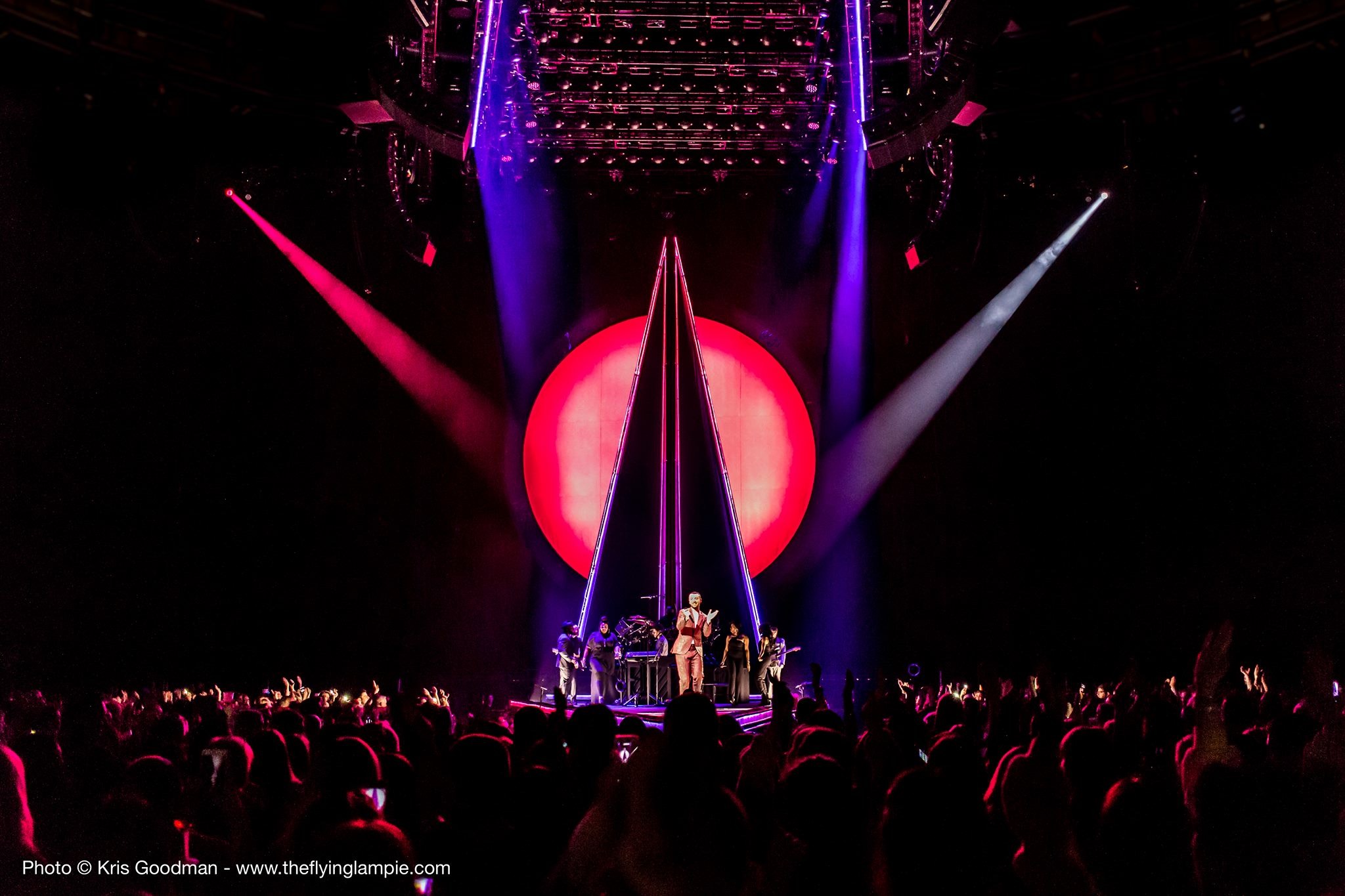 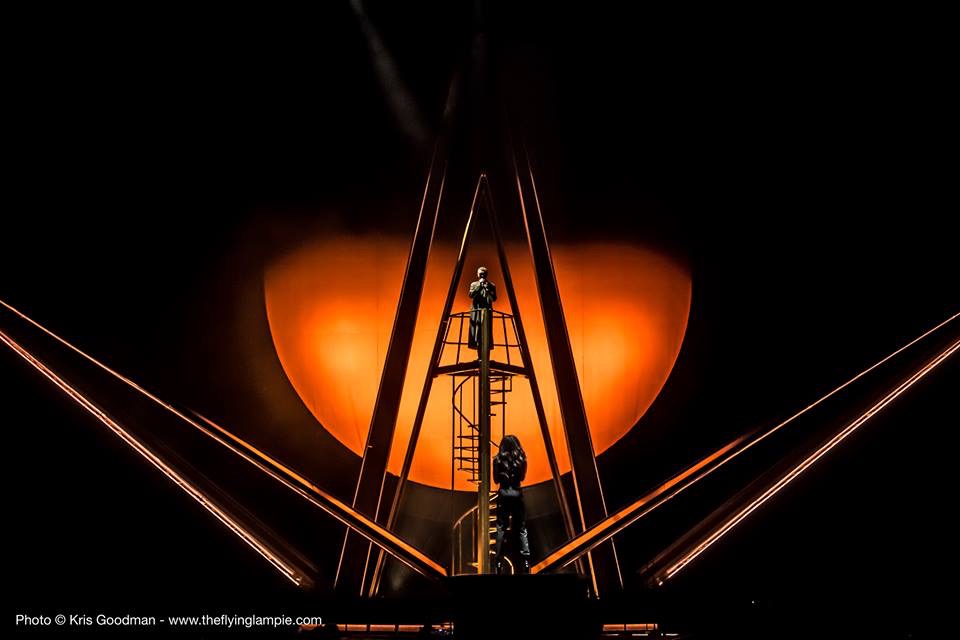 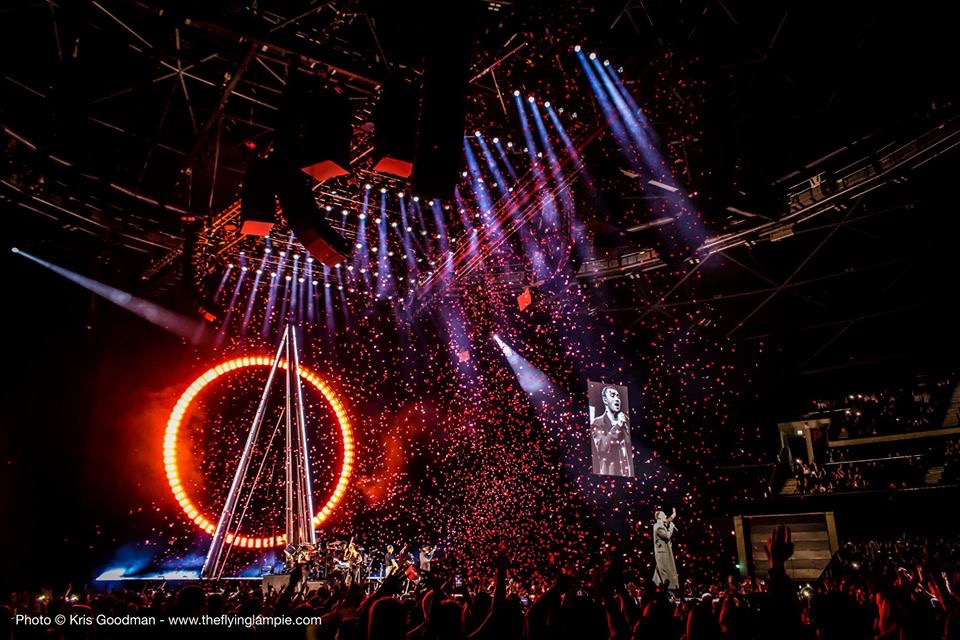 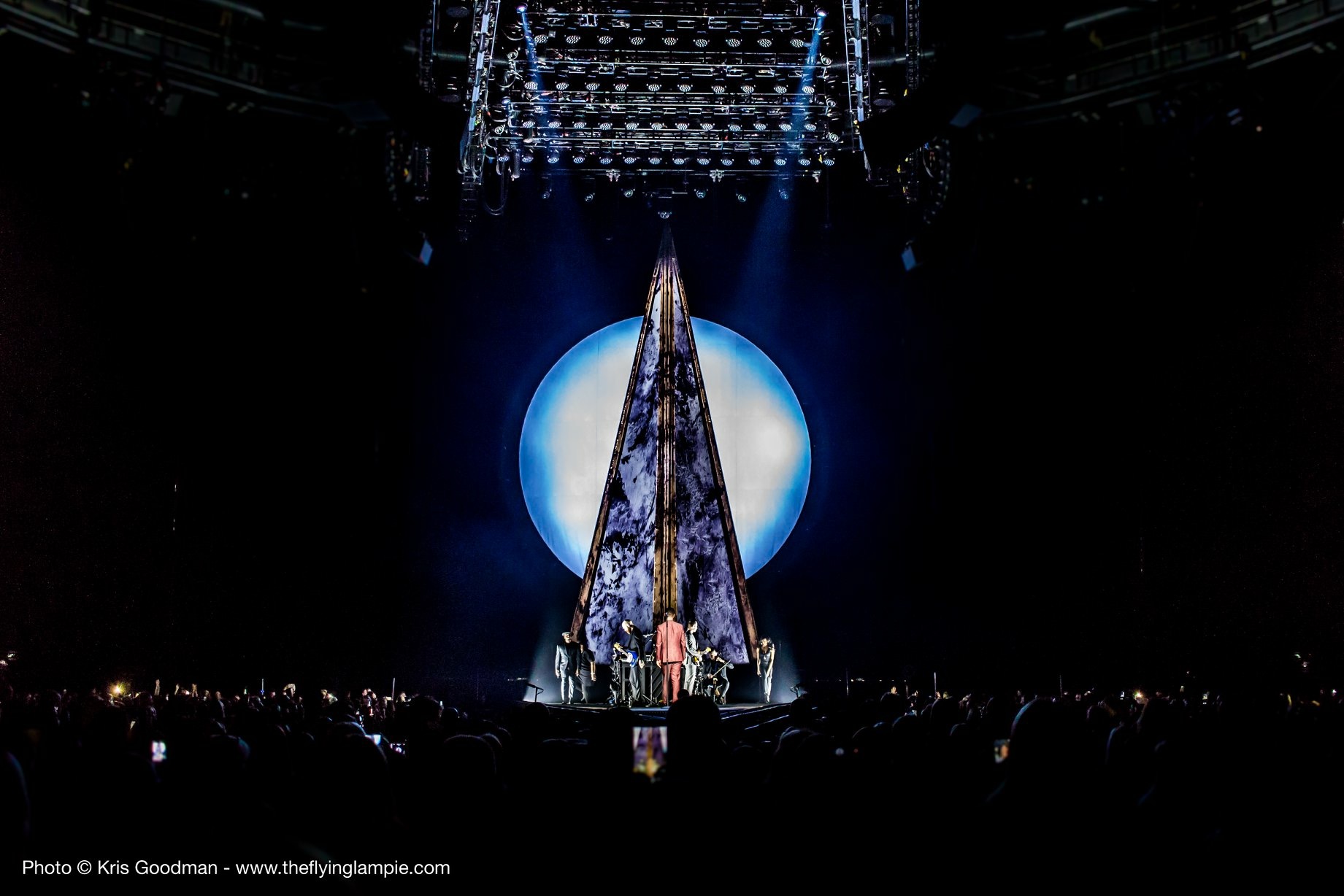 Working with long-time partners, Brilliant Stages, J&C Joel manufactured and supplied the drapes for the stunning set of Sam Smith’s tour – The Thrill of It All.

The set, designed by Creative Director Lee Lodge and Set Designer Jason Sherwood, allowed the focus to remain on the world-famous artist as well as creating an intimate feel with the audience, within some of Europe’s largest arenas.

Within this frame sat an array of technology, all of which was combined to produce some of the spectacular set-piece lighting effects, designed and executed by Tim Routledge and his team.

To ensure there was no unwanted light seeping through, J&C Joel manufactured a custom blackout cone-shaped drape, with a circumference at the header of 28.74m and a base circumference of 22.28m, from their Mercury (MER025) fabric. This drape was specially designed to be easily rigged and de-rigged, making it ideal for touring purposes.

J&C Joel then provided six 4.723m wide x 11.620m triangular drapes which sat within the incredible shards that cantilevered open during the show to reveal Sam Smith to the audience, along with, two 4.109m x 5.394m drapes and a 4.172m x 7.981m drapes for the inner of the shard, from which Sam Smith emerged from the substage.

The shard’s drapes were manufactured from J&C Joel’s 5m wide black-backed Digitally Printed fabric which was printed to a specific shade of grey. During the show, the larger shard drapes were retracted into Production Park’s Snifter units which were within the substage, to add dramatic effect.

In addition to the drapery provided for the set, J&C Joel also provided masking drapery manufactured from their 3m wide IFR Acoustic Molton, with numerous sections cut-out to allow for the attaching of lighting fixtures and speakers to the stage. Several of the drapes also had gauze windows to give the technical team visibility of key parts of the stage, whilst remaining unseen by the audience.

Further drapes were provided for the internal dressing rooms in the substage. These were made from J&C Joel’s blackout black/white Eclipse (LIN023), allowing for an external wall in the shade black and internal wall in white, to provide Sam Smith and his performers with a bright space in which to change during the show.

The final drape provided was a 6.55m wide x 15m drop reveal drape made from Polyester Trevira Silk, used to hide the set from the audience.

All drapes were provided with custom tour bags made from black PUFC (PUF002), allowing the drapes to remain protected and safe during the intense load-ins/outs.

Commenting on the project, Head of Creative at J&C Joel, Oliver Marns noted: “This was another incredible project to work on with the team at Brilliant Stages. The shard effect was an incredible feat of technical engineering by the Brilliant Stages team and by common consensus was one of the most stunning effects they have created to date.

The result was one of the most visually stunning shows I have seen in many years. The clean, simple look of the show belies the creative, technological and engineering work involved.”

Many thanks to Kris Goodman at The Flying Glampie for the fantastic photographs of the event.