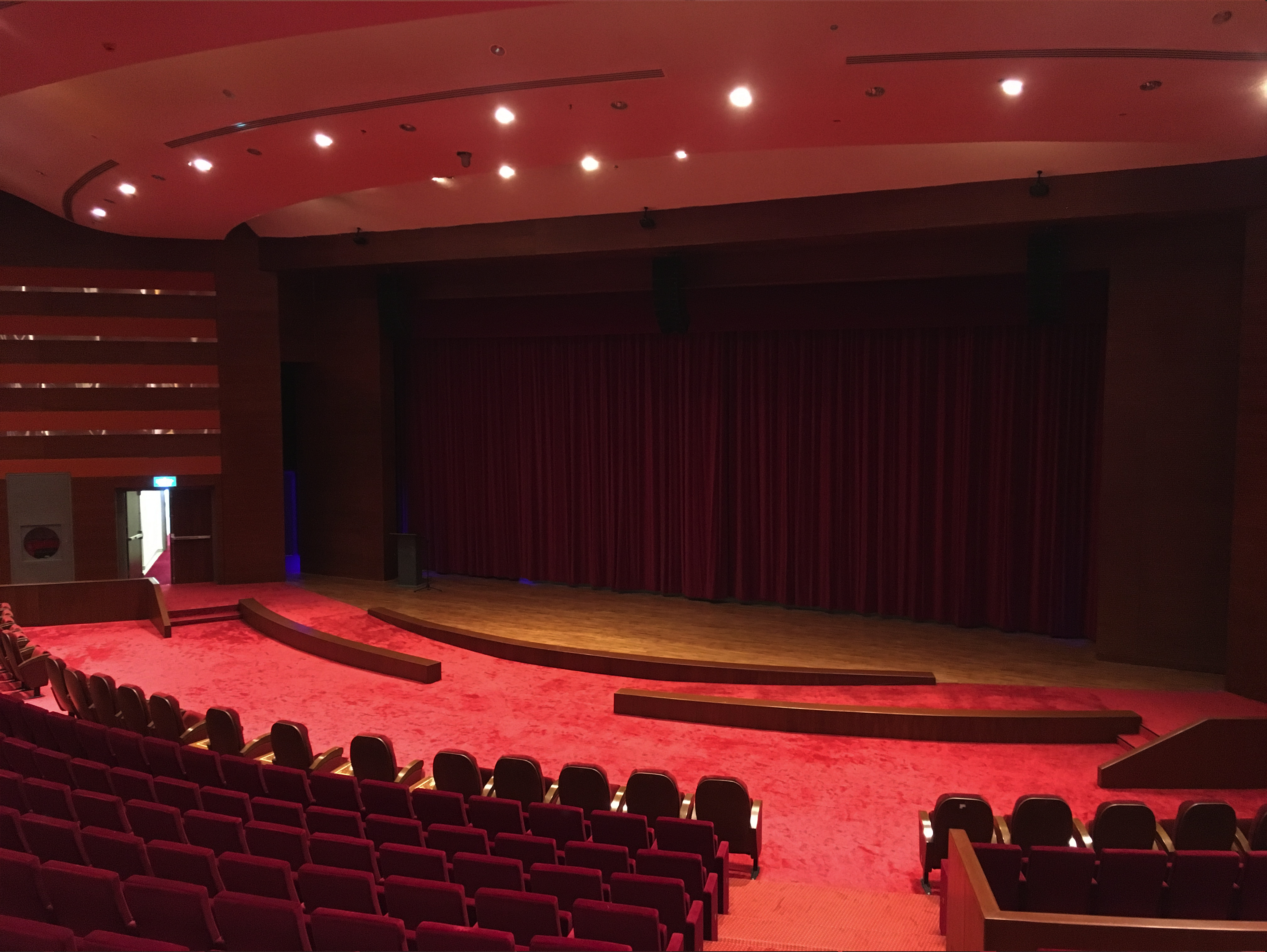 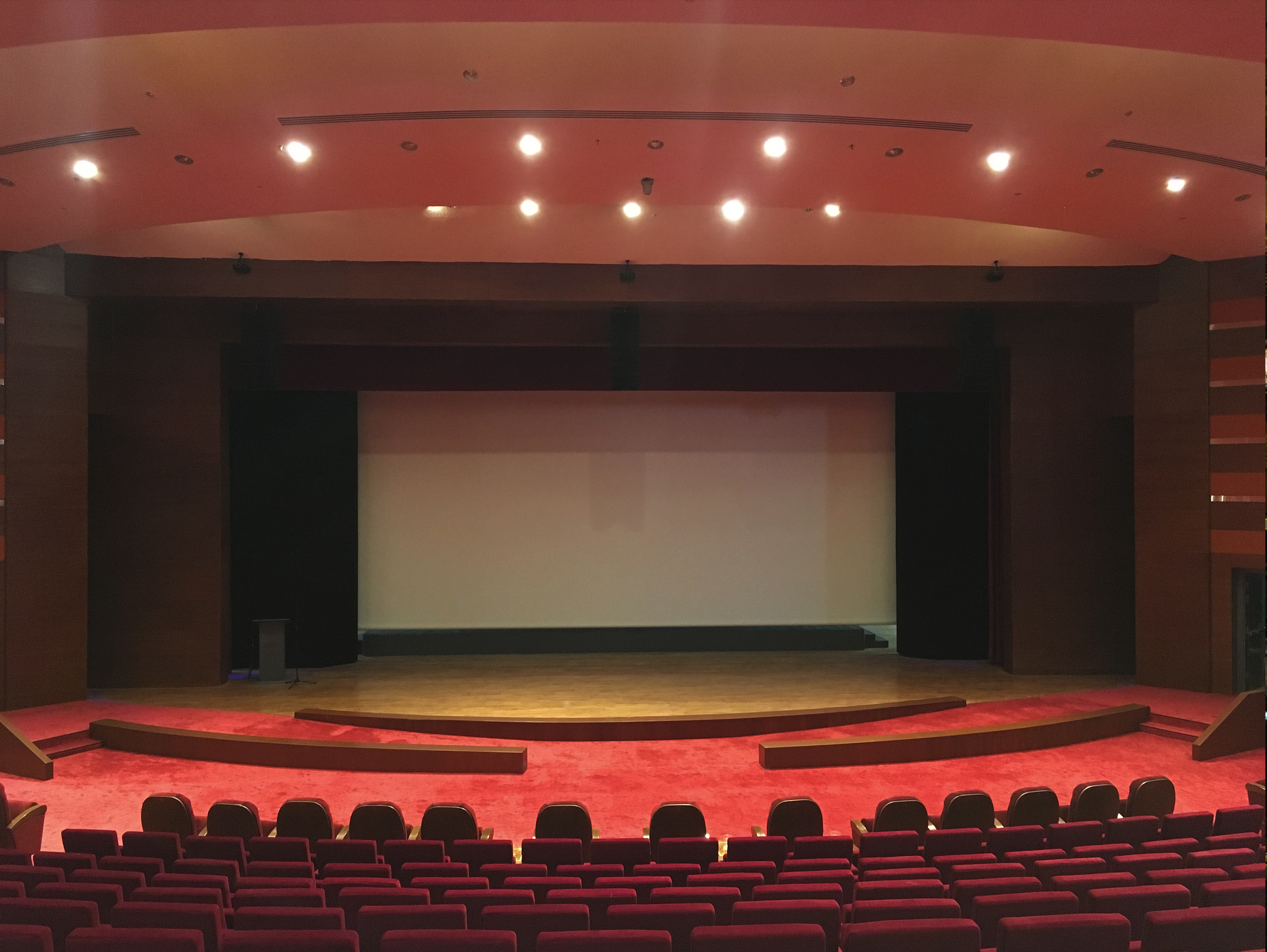 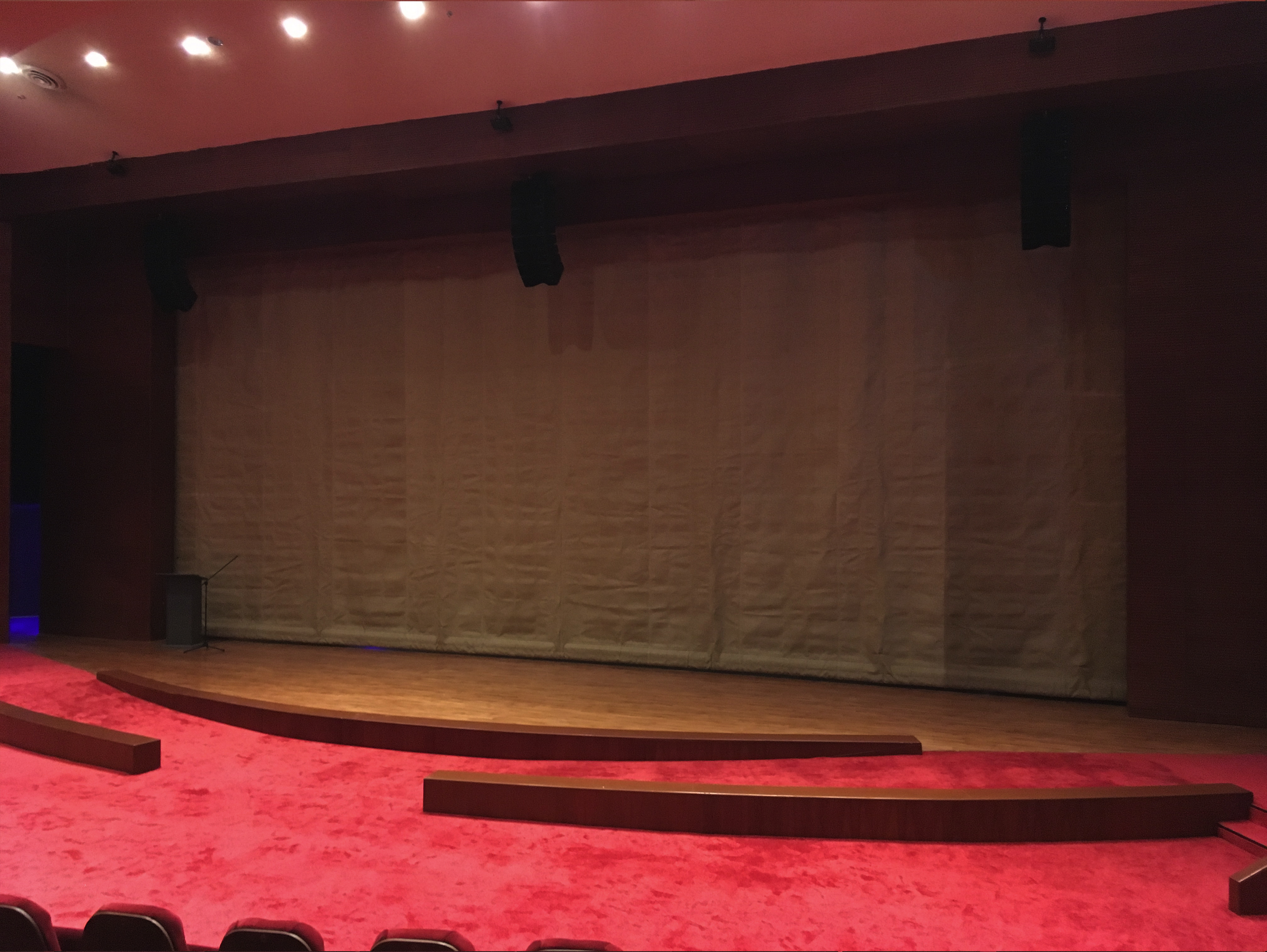 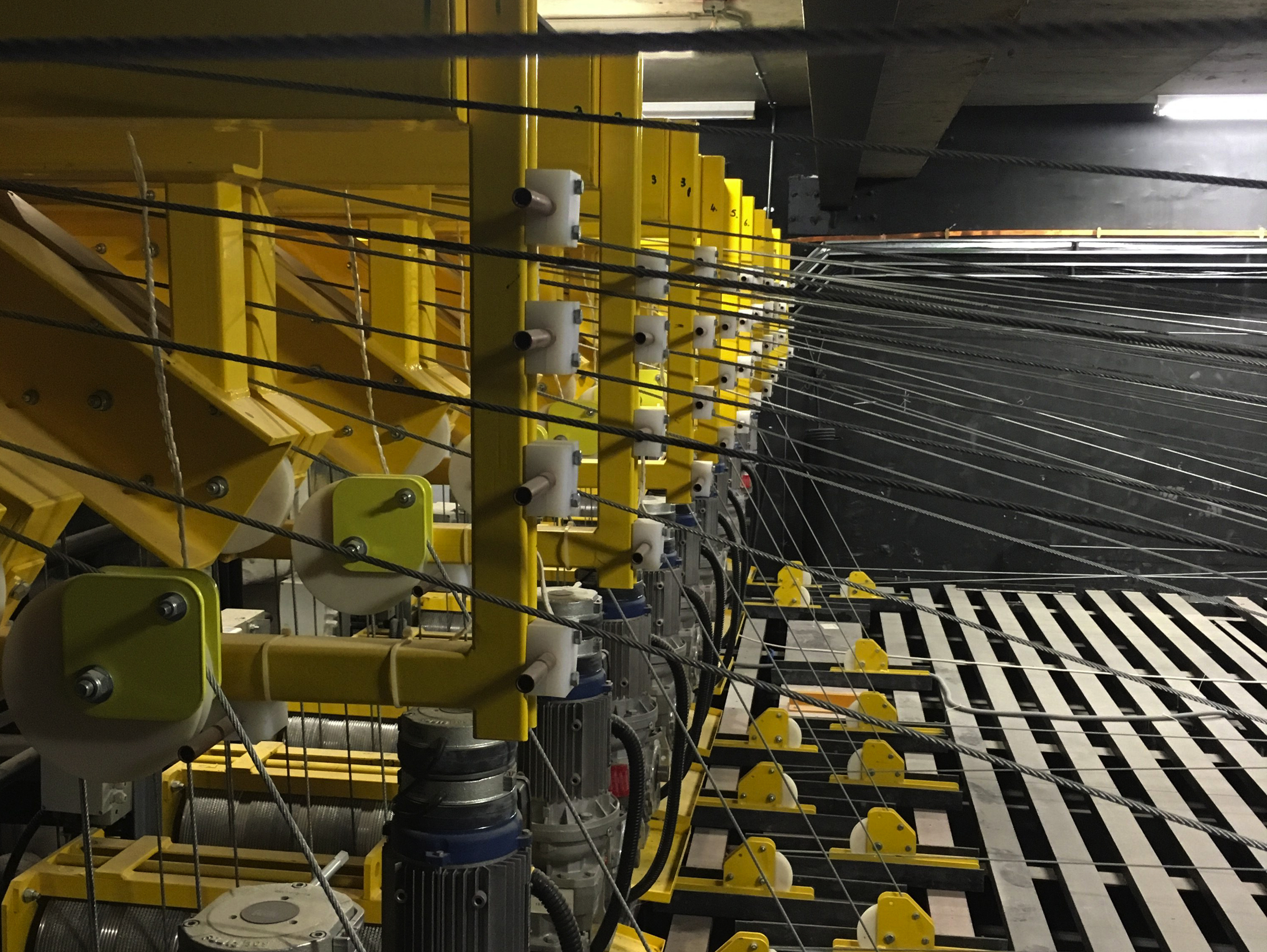 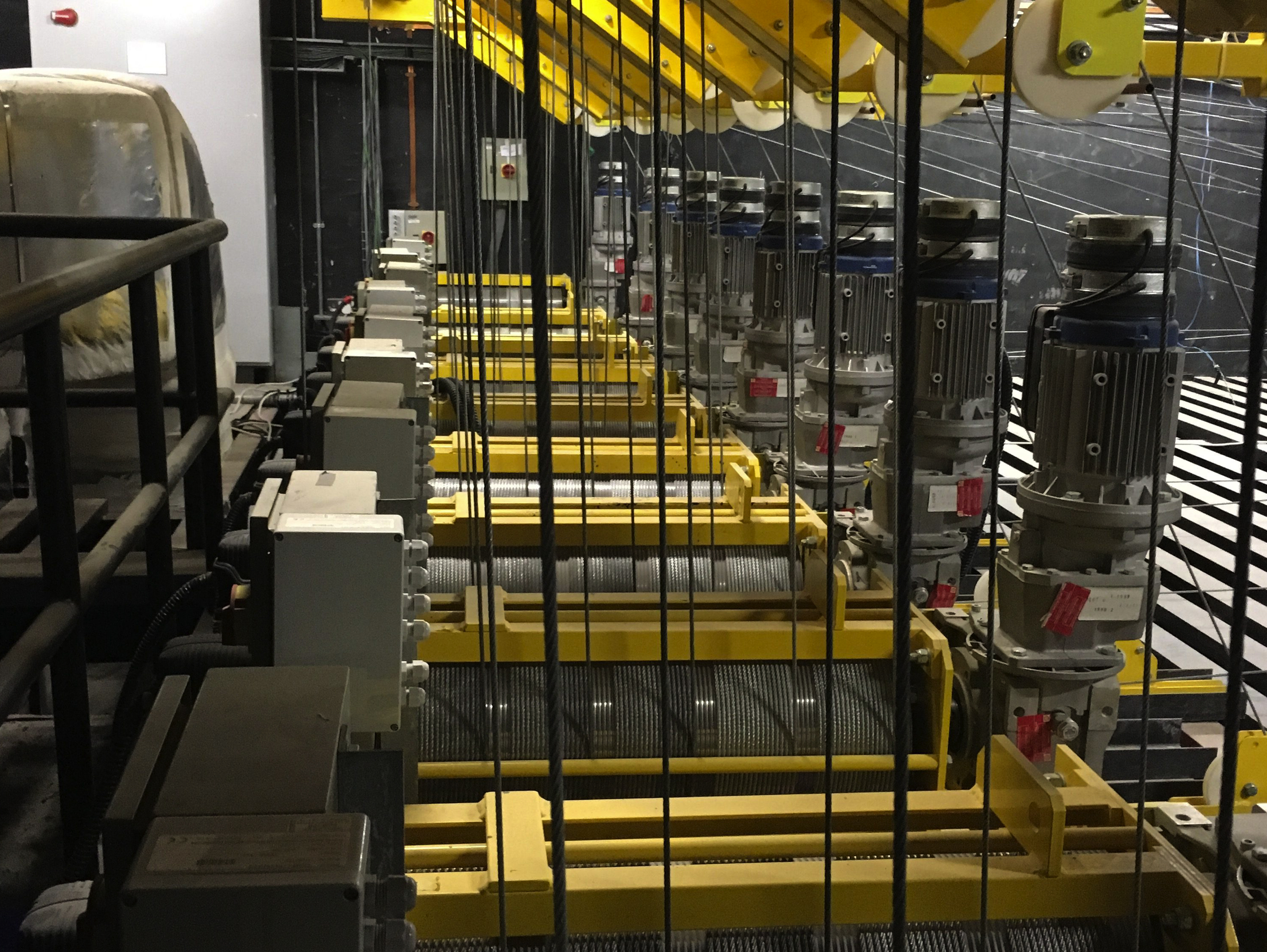 J&C Joel were commissioned to provide the stage engineering solutions for the Public Authority for Applied Education and Training (PAAET) in Kuwait.

The PAAET is an academic institute in Shwaikh, it is considered one of the largest institutes in the Middle East in terms of the number of enrolled students. The PAAET offers a wide variety of programs across its different colleges and training institutes.

For the Front of House curtains, a motorised Unibeam curtain track was installed, from which Plum Velvet Velour (VEL003) curtains were hung. This type of track allowed the drapes to be effortlessly pulled to and fro via a control system.

In the same way, a mid-stage and upstage manual curtain track was also installed which deployed black Premier Wool Serge (WS090) masking drapes. Premier Wool Serge is the ideal fabric for masking and blackout due to its opaque, durable properties.

In addition, two adjustable proscenium towers were installed with a top suspension and rolling beam assembly. J&C Joel installed a bottom sunken floor guide, within each tower there were two platforms and lighting rails for adjustment, and an external cat ladder for access.