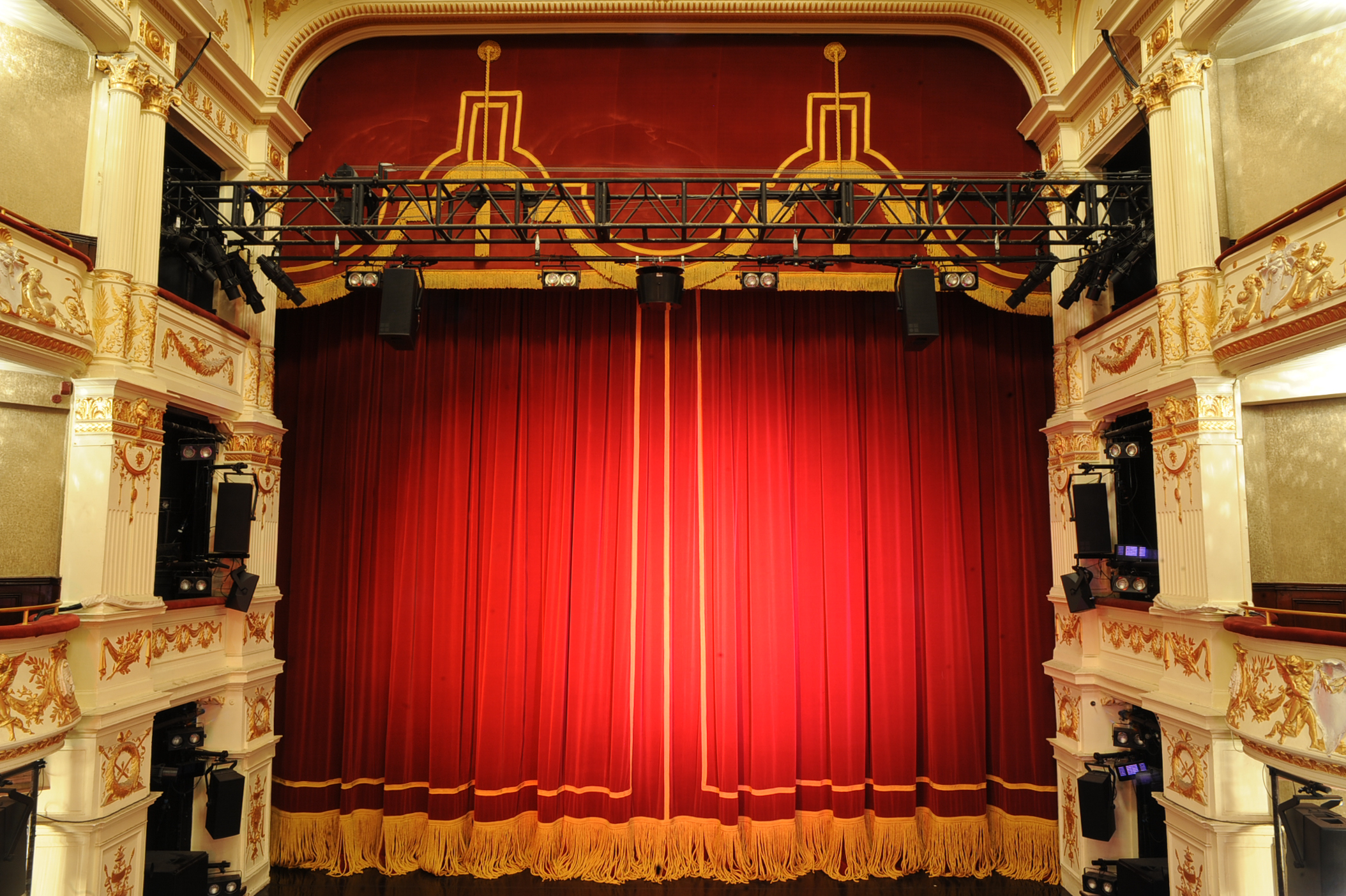 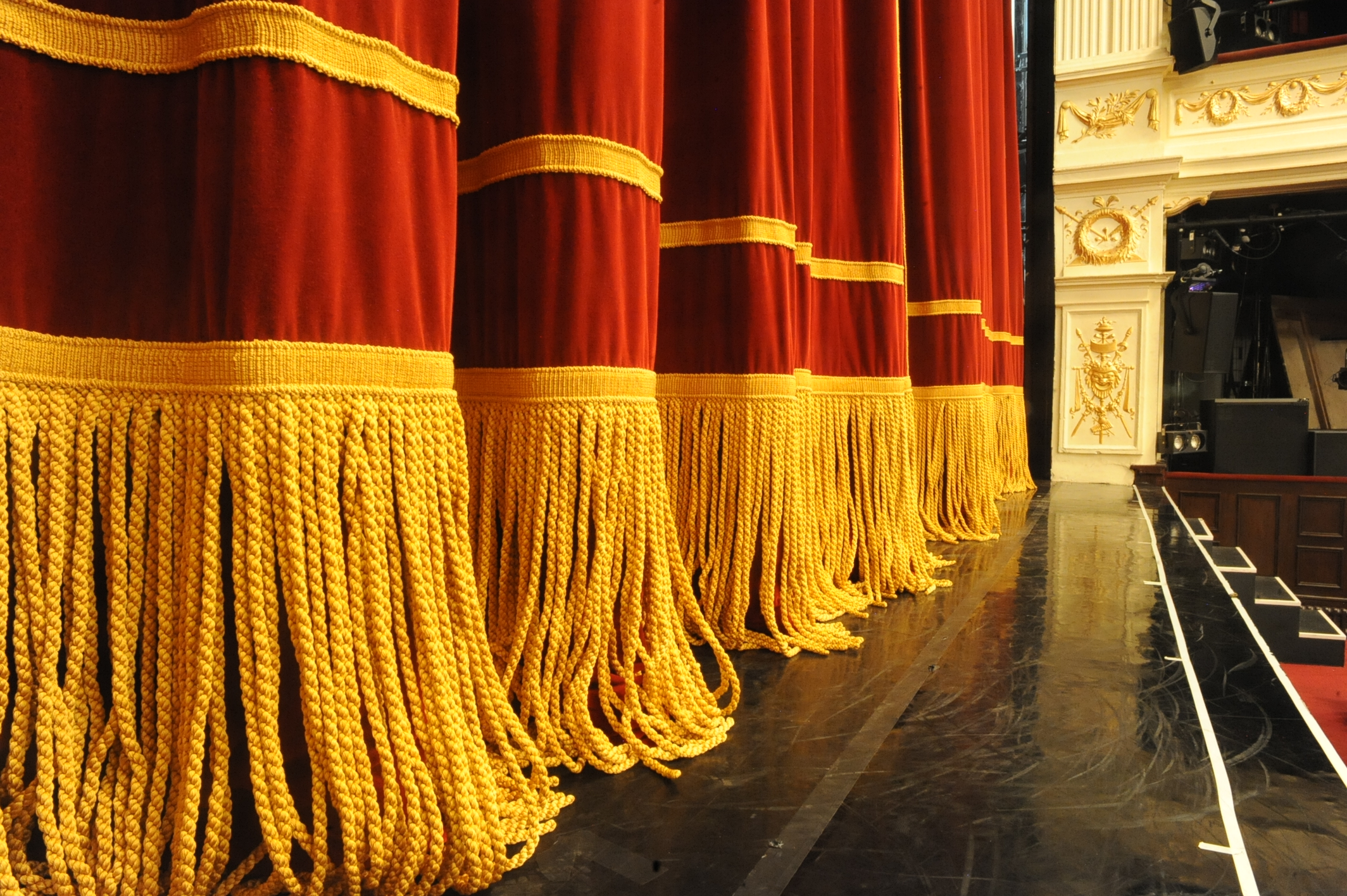 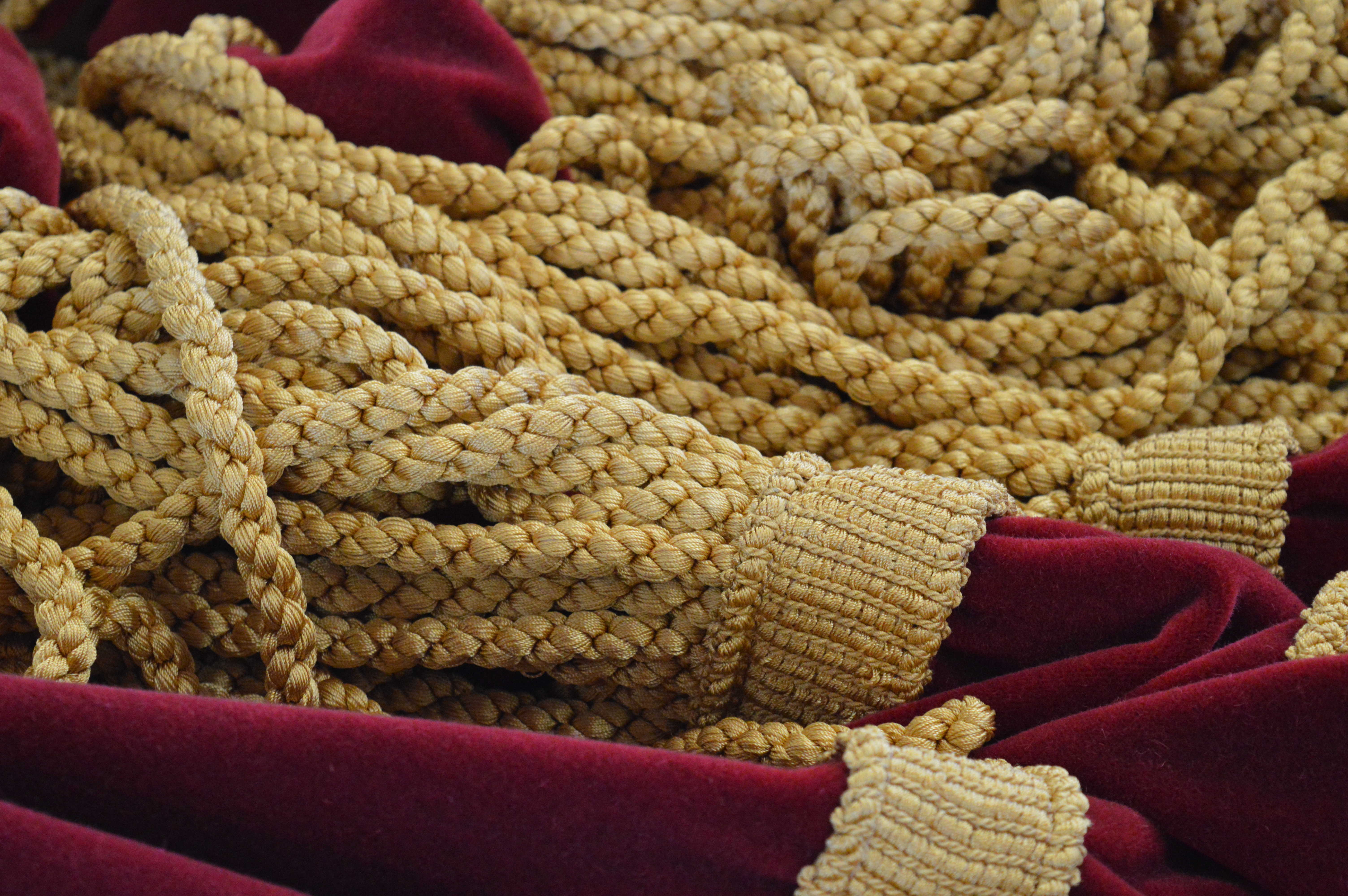 The theatre, which opened in 1889, is named after David Garrick who was considered the most influential Shakespearean actor of his time. In its early years, Garrick Theatre specialised in the performance of melodrama; today the theatre is a receiving house for some of the West End’s best productions.

The first task was to choose a luxurious Velvet for the drapes. After discussions with the client and an extensive sampling process, J&C Joel’s Mohair Velvet Velour (VEL135) was chosen as the ideal fabric for the drapes. As new seating had been installed since the original drapes were produced, a custom dye was required to match the colour of the seats perfectly; this was achieved following a series of lab dip tests.

The next and most crucial task was to ensure the design, size and layout of the trimmings were as per the previous drapes. Using site dimensions and a series of photographs, J&C Joel produced CAD drawings showing various options for the length of the bullion as well as the thickness and placement of the braid. Once agreed, a final drawing was produced showing the key aspects of the drapes, including the overlap specified by the client.

The drapes were each manufactured at 5.95m wide with a drop of 7.75m and 100% fullness to give them a heavily pleated, lavish appearance. They were then lined with Premier Blackout (PB001) to increase their masking properties, which ensured light would not seep through from backstage. J&C Joel’s 60mm custom gold Wool Braid was sewn onto the face of each drape in the shape of an “L” and inverse “L” design, this was accompanied by a line of gold Braid which marked the centre of the drapes. To finish the drapes, 750mm handwoven Woollen Bullion, in the same custom gold shade as the Braid, was added.

Due to the ever-changing requirements of touring productions, custom full-length PUFC storage bags were produced for the drapes to be stored in to reduce the risk of the drapes being damaged.

The hectic schedule of Garrick Theatre meant J&C Joel’s Specialist team had a very short window to install the drapes. Due to the requirements of the incoming show, the drapes were hung, inspected, signed off by the client and then immediately de-rigged and placed into a specially created storage area, within the time scheduled.

Speaking of the job, J&C Joel’s Head of Specialist Sales Oliver Marns said: “This project was particularly enjoyable to work on. John Dalston, Technical Consultant for Nimax was an incredible source of information for us. He managed to find and catalogue numerous photographs which we used to recreate the drapes from scratch. The moment of truth came when we hung them for the first time, and we were all extremely pleased with how they looked in the venue”.