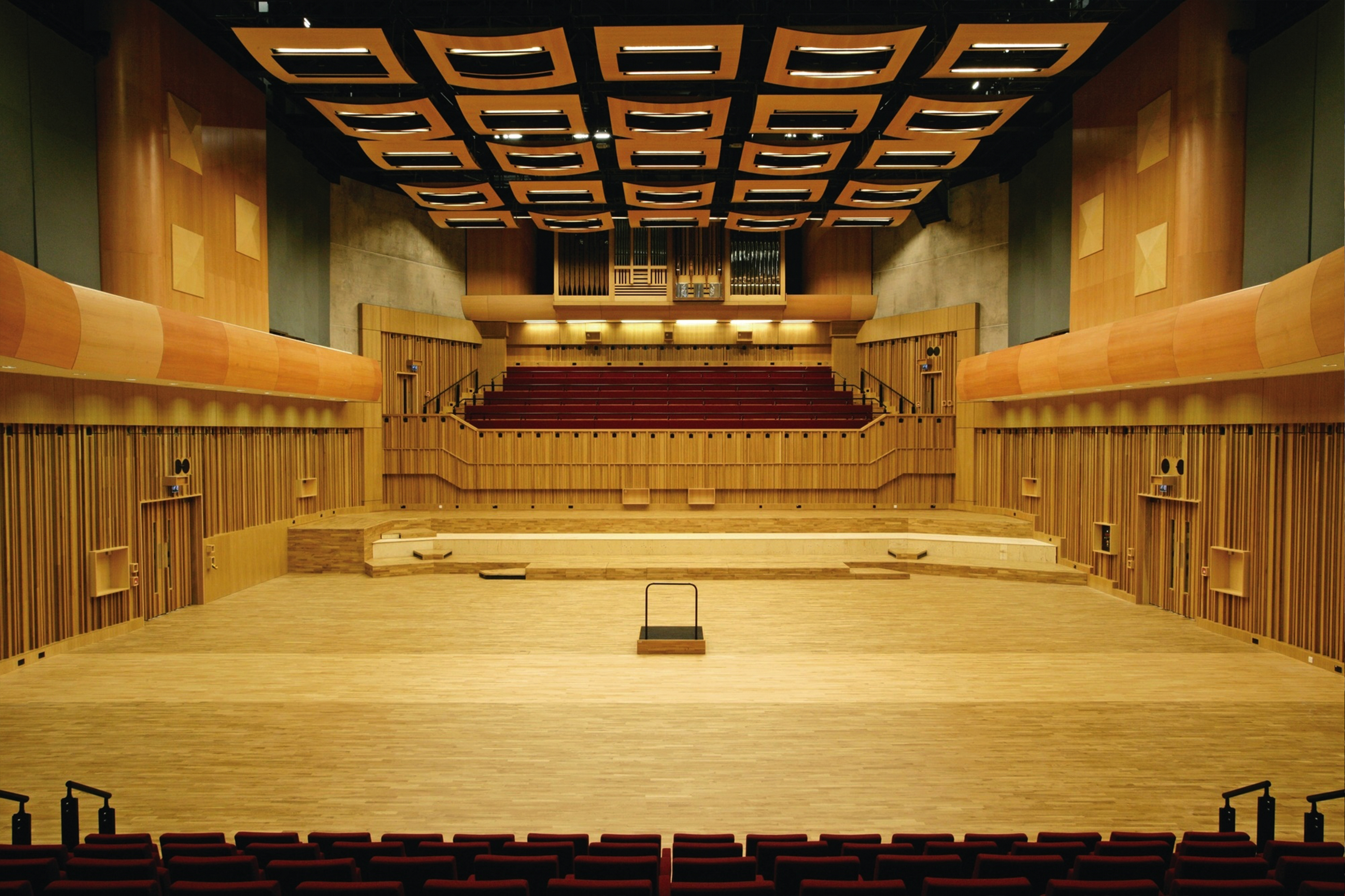 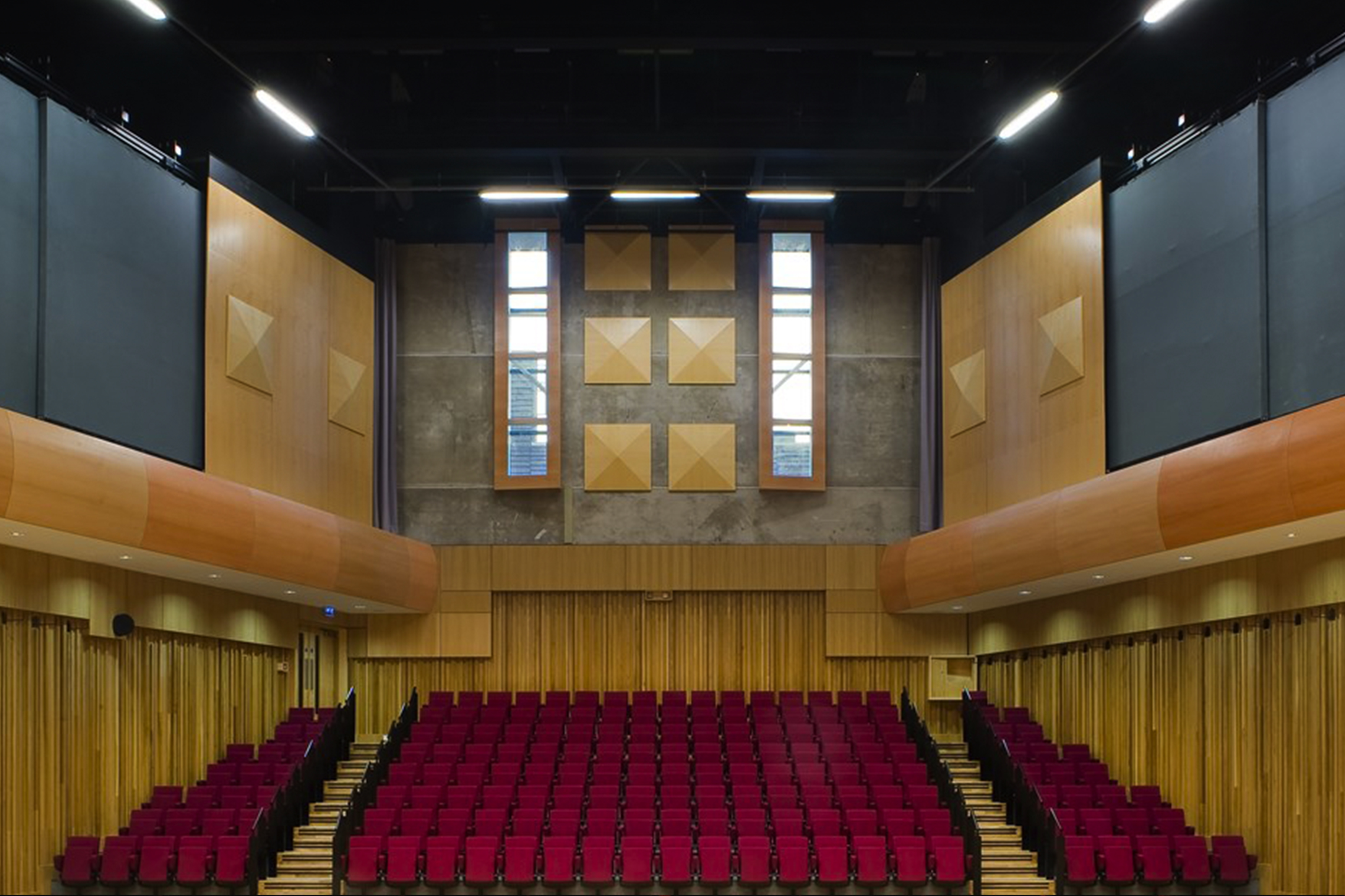 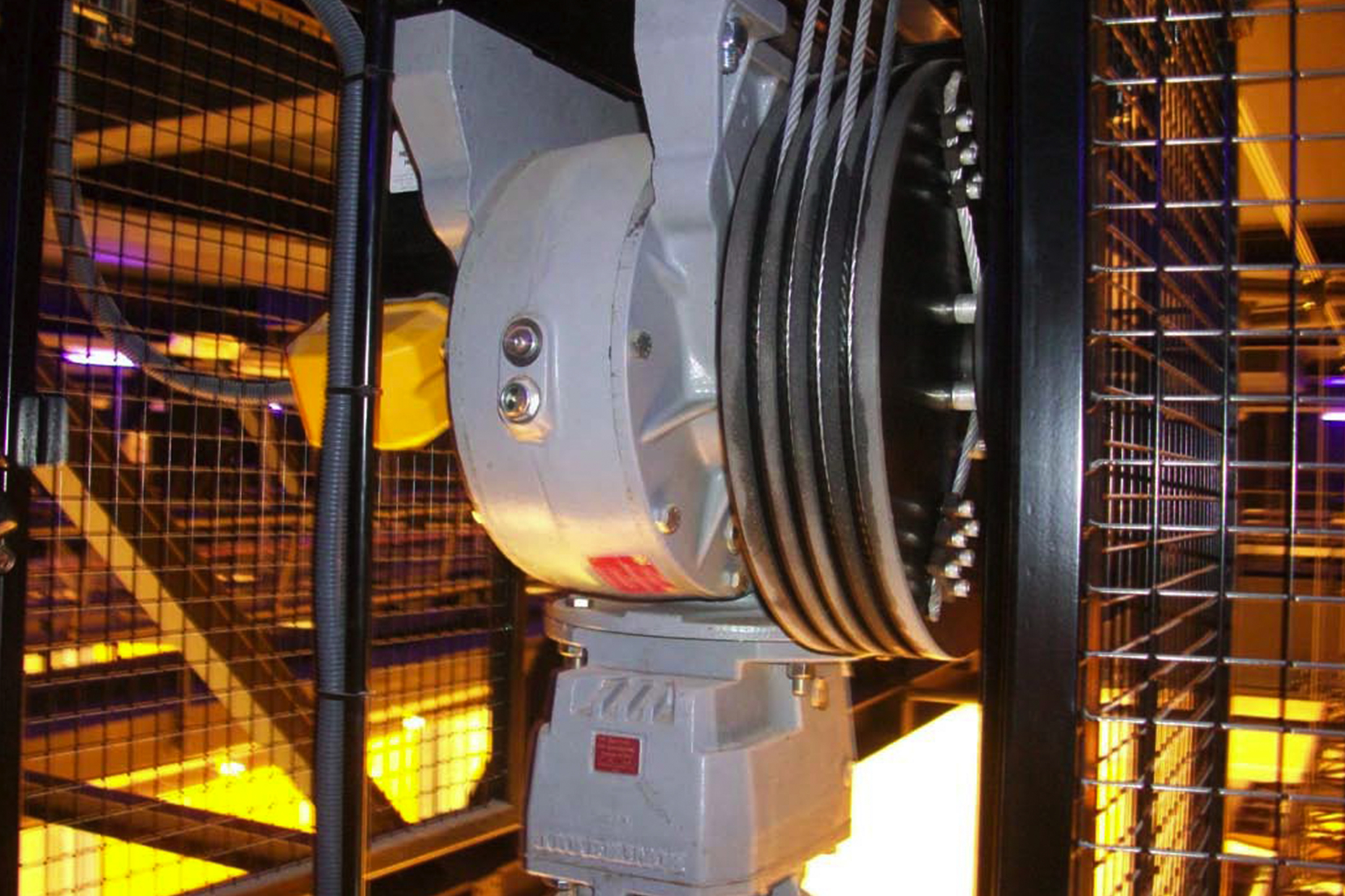 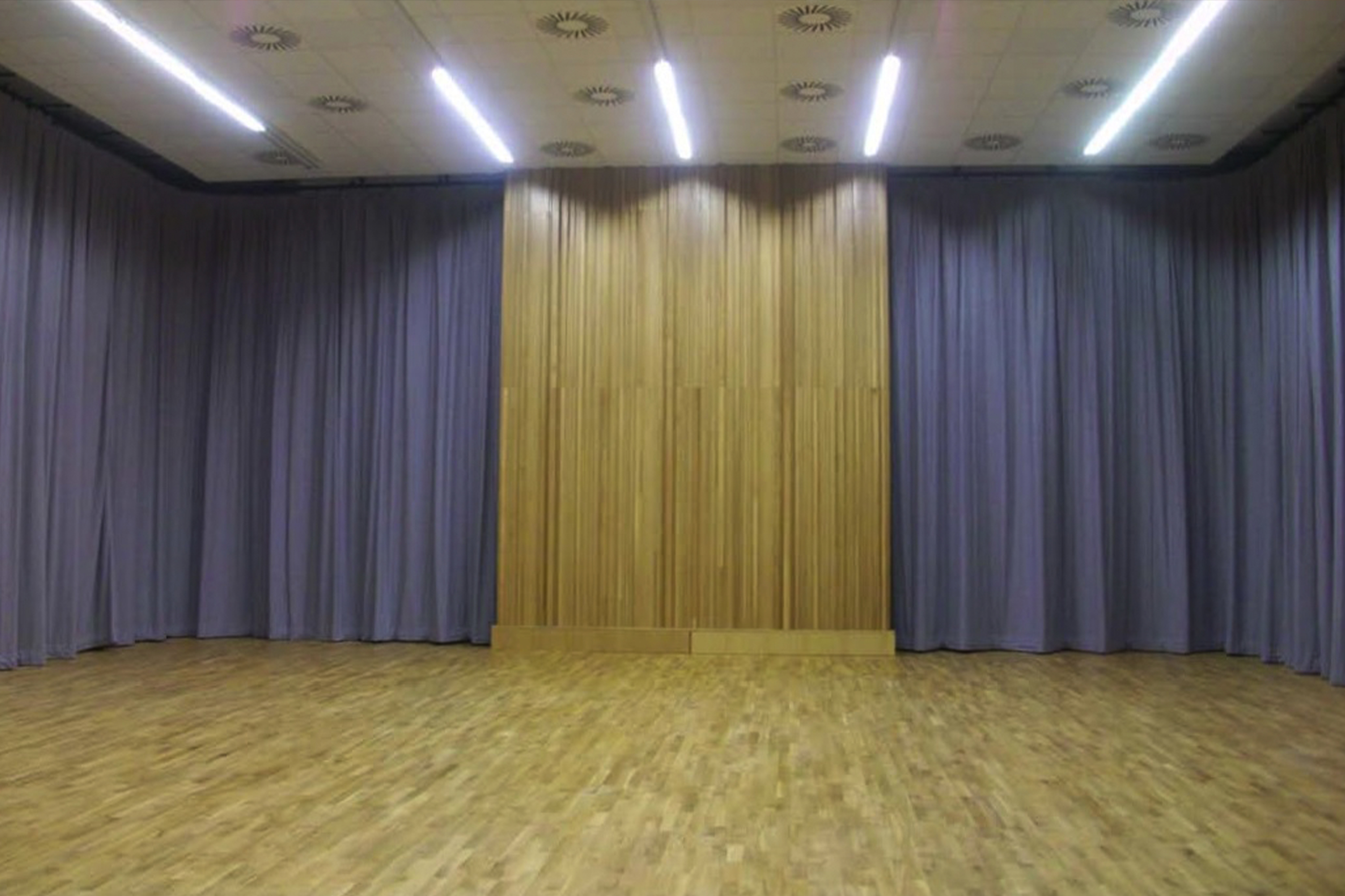 Each of the acoustic duvets installed in Hoddinott Hall weighed over 100kg, so heavy duty Triple E Unibeam motorised track was chosen to mount the arrangements. Collector arms on the lead duvet engaged each of the other duvets in turn ensuring smooth and equal movement of all the units.

The motors powering the system were situated at technical gallery level and linked to the motorised tracks using a 1.3m long drive shaft. Each of the four acoustic duvet systems could be operated from the technical gallery or by using a remote hand set.

Further adjustable acoustic equipment was installed in the form of two motorised drape and track systems which were installed on the hall’s rear wall. The systems were powered using diverter pulleys. The drapes were made from acoustic Wool Serge (WS001) and made with a different fabric in front to fit with the hall’s aesthetics.