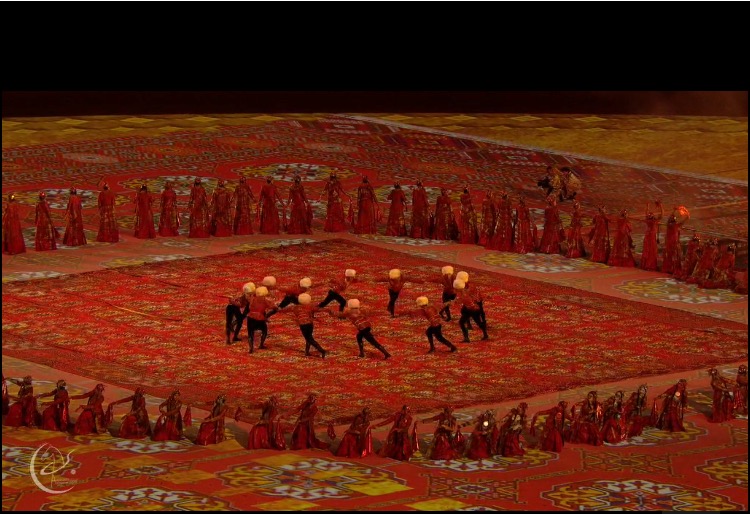 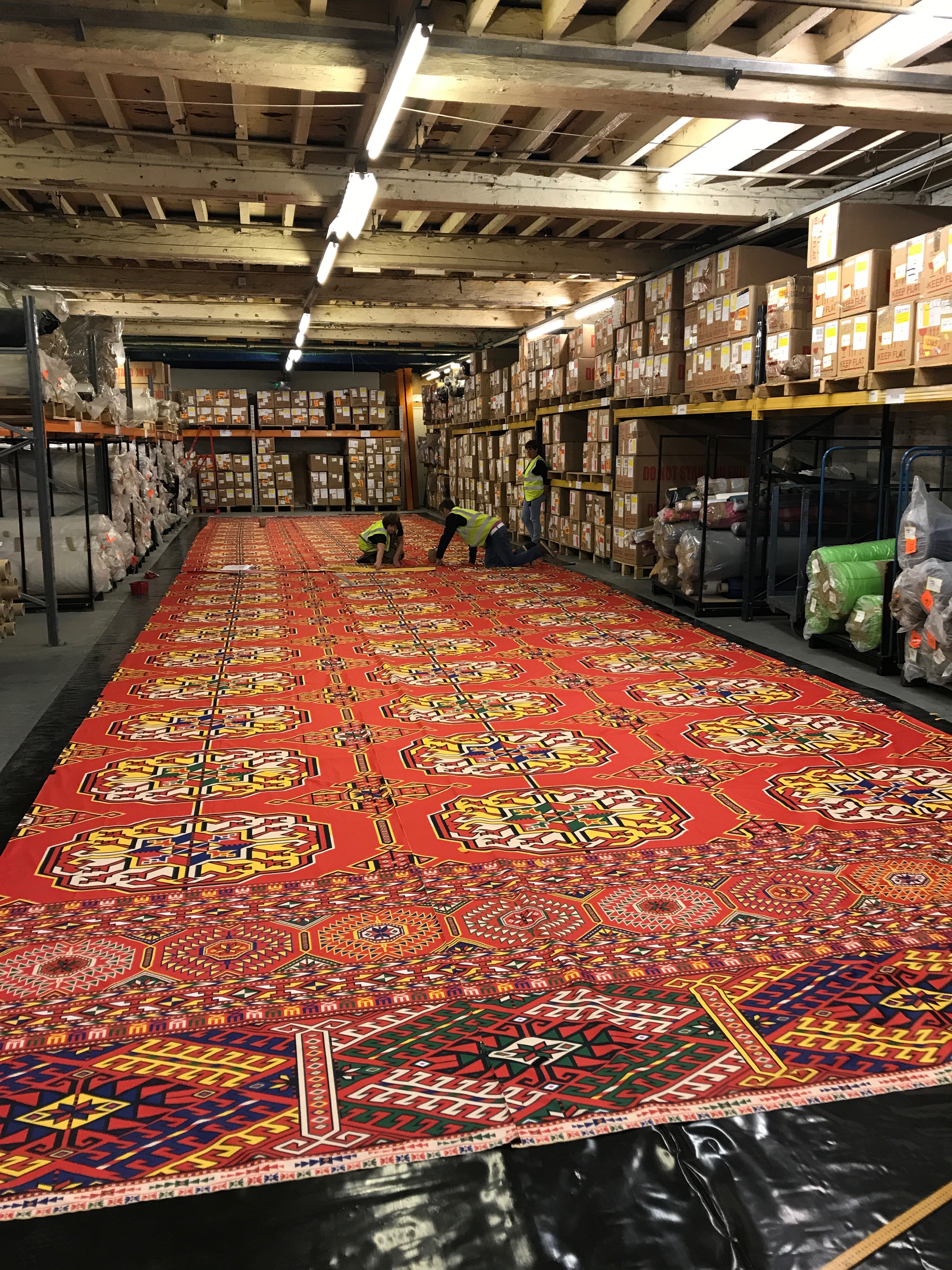 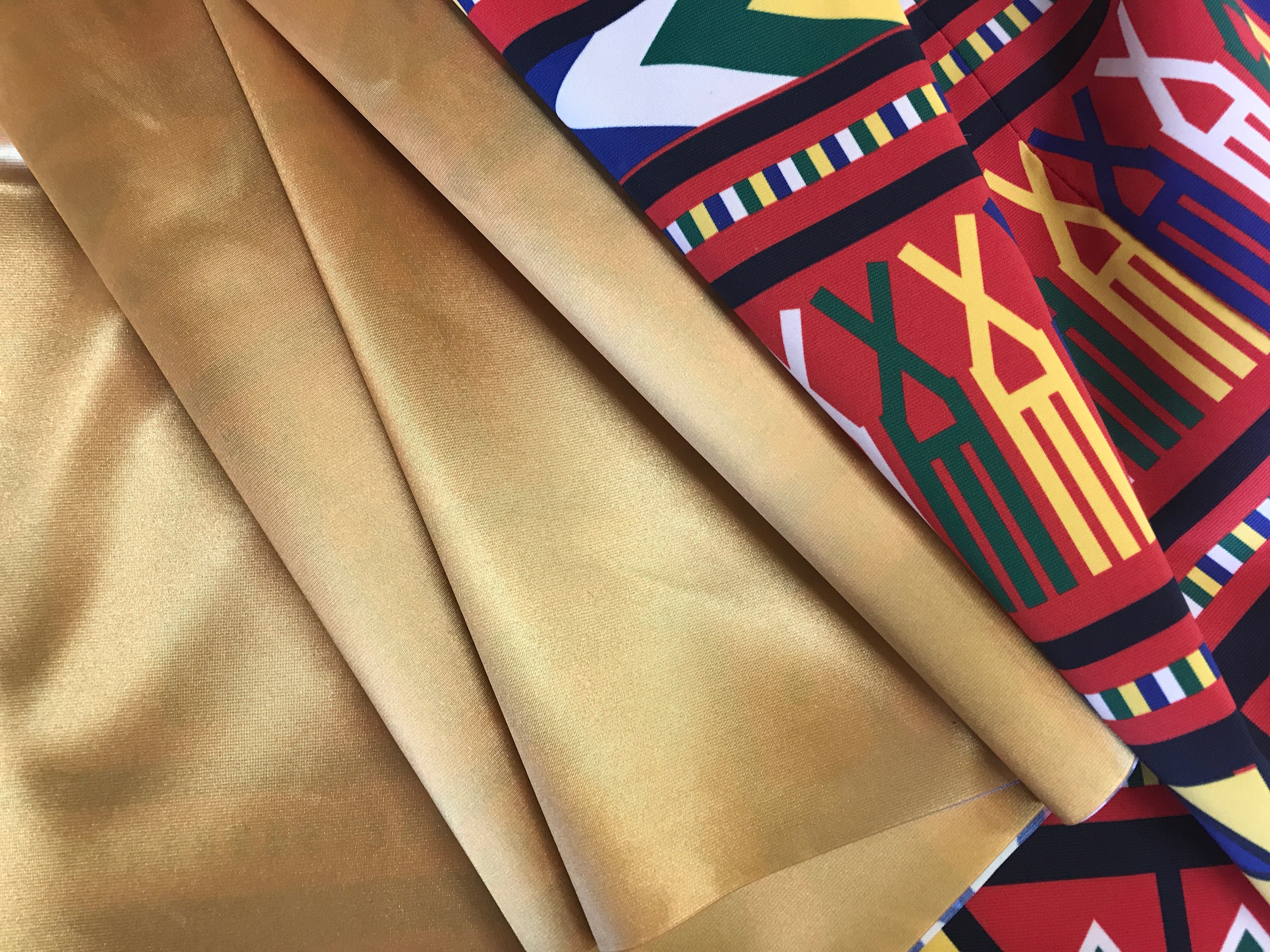 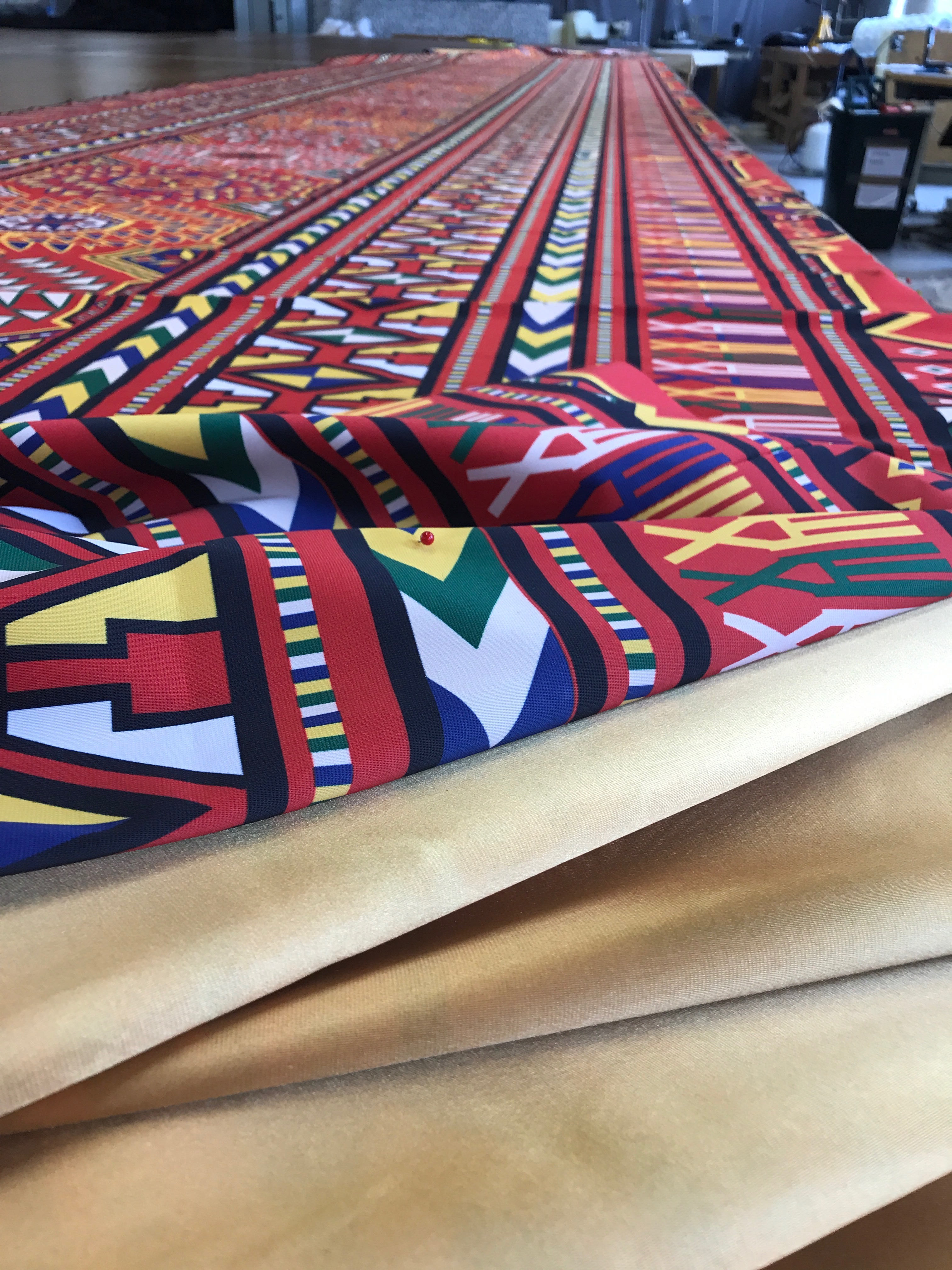 J&C Joel provided the flame-retardant fabrics and drapes which featured in performances during the spectacular opening ceremony of the 5th Asian Indoor and Martial Arts Games (AIMAG) in Ashgabat, Turkmenistan.

The ceremony was produced by Balich Worldwide Shows and held at the newly built Ashgabat Olympic Stadium. It was broadcast to 57 countries and featured more than 7,631 performers, 65 horses, 34 camels and 1 dog telling the story of the cultural heritage of Turkmenistan through music and dance.

As Turkmen carpet is one of the most common and ancient national traditions, J&C Joel was tasked by Balich to provide digitally printed fabrics to represent carpets for one of the set pieces during the ceremony.

J&C Joel manufactured and supplied two digitally printed Turkmen ‘carpets’,made up of 24 double-sided pieces with each measuring 1.50m wide x 12.00m long, all finished with spot velcro to allow the individual pieces to be joined to form a complete carpet.

In addition, six, 4.00m wide by 25.00m long digitally printed Satin banners were manufactured and supplied carrying the names of the competing continents. These were carried by performers on horses to entertain the crowd and announce the arrival of the competitors to the crowd.

As part of the project, J&C Joel also manufactured and supplied full rehearsal sets of both elements made from white Ripstop (RS016). This allowed the performers to rehearse the complex choreography well in advance of the ceremony. To assist further, the rehearsal cloths were bulked up to ensure they matched the weight and feel of the show cloths.

The manufacturing process for the project took a dedicated team a little over 4 weeks to produce the rehearsal and show cloths. Production of these drapes took place in parallel to the production of a large volume of drapes for the same ceremony, demonstrating J&C Joel’s ability to scale up production of complex drapery as and when required.

Oliver Marns, J&C Joel’s Creative Sales Manager, said: “This was an amazing ceremony to be involved with and working with Balich Worldwide was an honour. The scale and complexity of the show they produced cannot be underestimated and seeing it first hand in Ashgabat is something we took a lot from.”