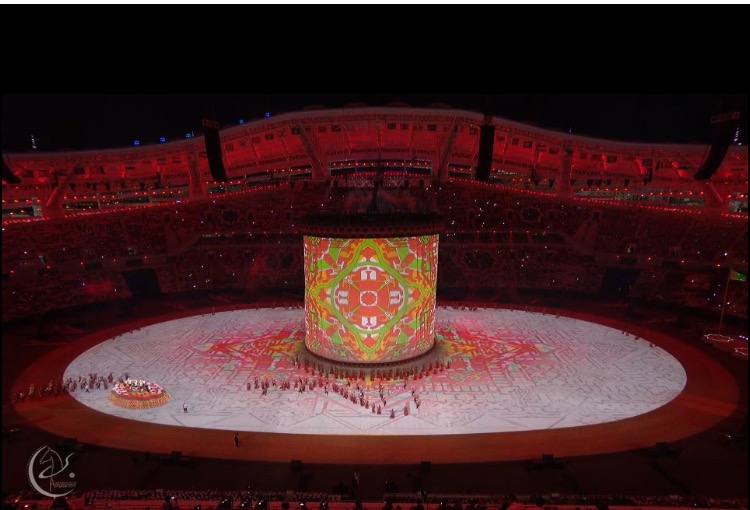 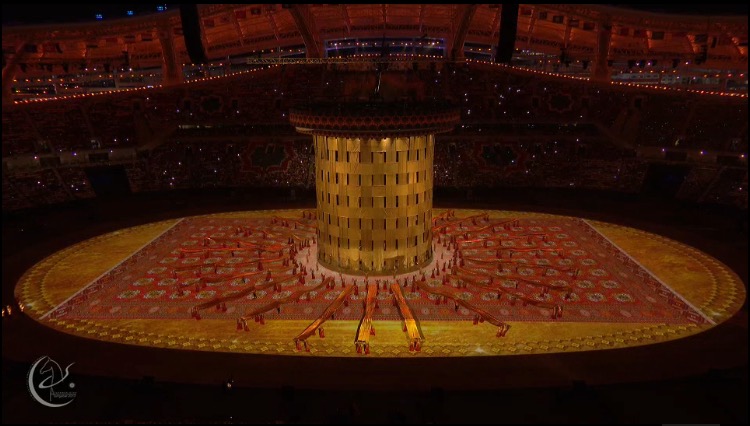 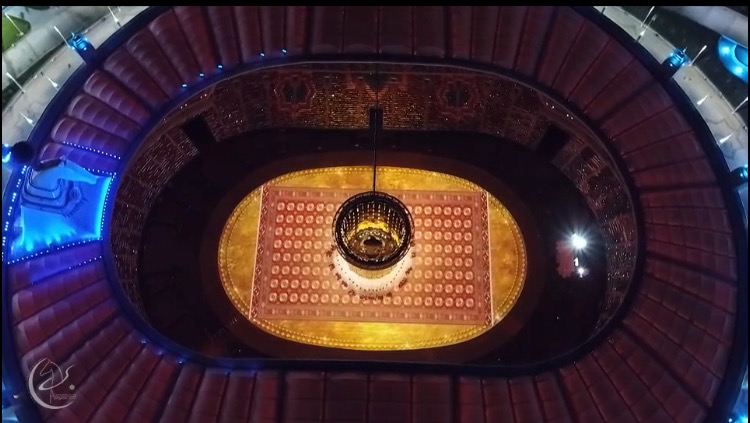 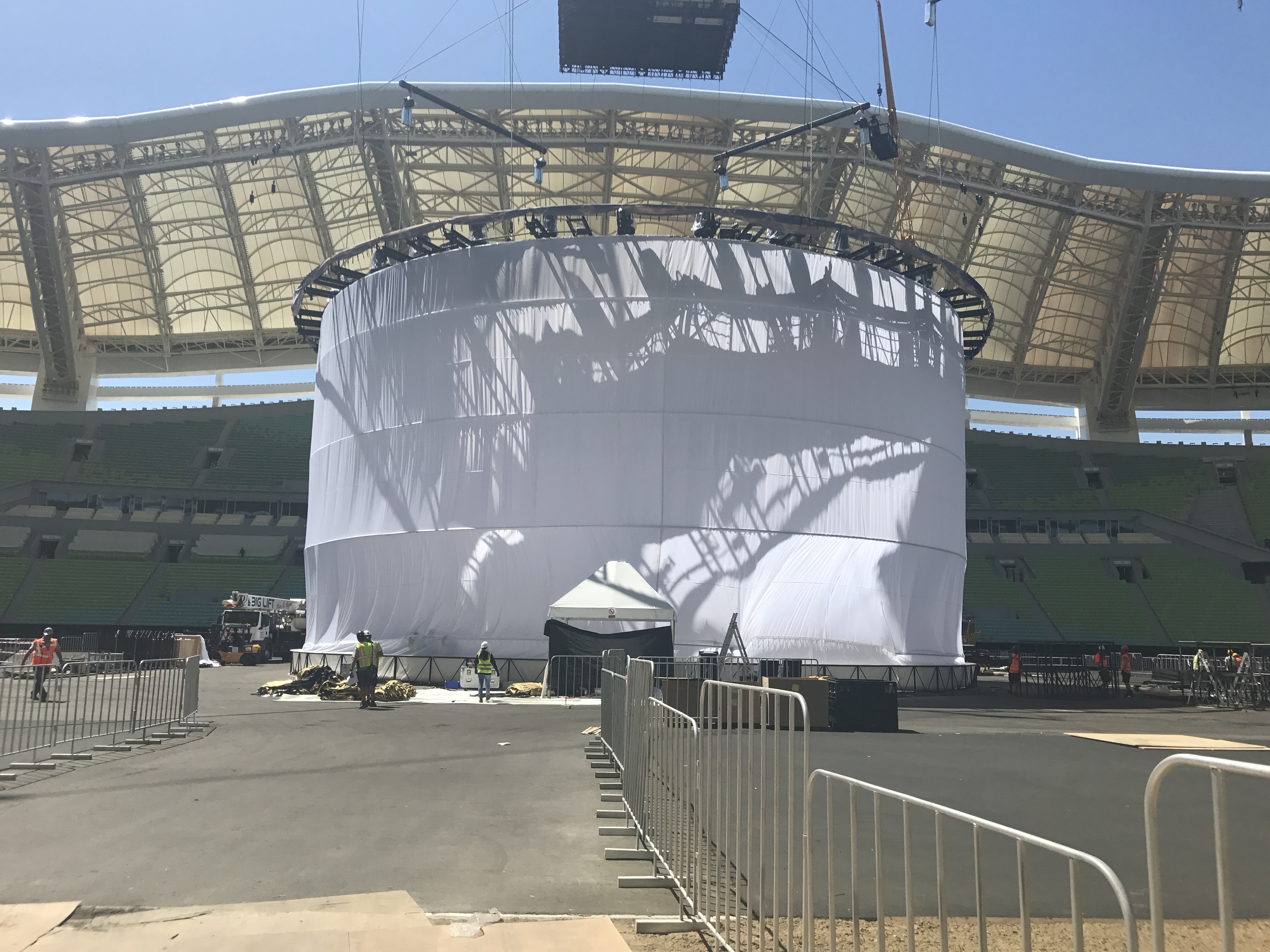 Working in conjunction with ceremony experts Stage One, J&C Joel provided flame-retardant drapery which formed the centrepiece for the spectacular opening ceremony of the 5th Asian Indoor and Martial Arts Games (AIMAG) in Ashgabat, Turkmenistan.

The ceremony was produced by Balich Worldwide Shows and held at the newly built Ashgabat Olympic Stadium. It was broadcast to 57 countries and featured more than 7,631 performers, 65 horses, 34 camels and 1 dog telling the story of the cultural heritage of Turkmenistan through music and dance.

The centrepiece of the opening ceremony was a projection mapped cylindrical riser which represented the core of the nation and was a focal point throughout the performance. It had a 100m circumference and was suspended 30m from the ground – making it one of the largest of its kind ever built.

To create the riser, J&C Joel manufactured and installed a huge white Ripstop (RS020) drape measuring 96m wide with a drop of 30m which was attached to Stage One’s fifty tonne truss ring. This allowed the drape to move up and down in a festoon movement and culminated in the revealing of a statue of the legendary figure, Oguz Han. The fabric also doubled as a giant projection surface for projection-mapped sets which were a key feature throughout the show-stopping performance.

The huge ripstop cylinder had a series of ties on the internal circumference to allow the drape to be tied to the rolled bar hoops which moved the drape up and down.

In addition, the Yorkshire based company also provided over 300m of digitally printed Polyprint which was used as masking for the top and bottom of the structure.

Due to the nature of these events and the tight schedule, the J&C Joel creative team designed and manufactured the drapes in only 4 weeks. This was a remarkable achievement due to the sheer size of the drapes and the volume of fabric required. In total, 5,200m of white Ripstop and 4,800m of gold Ripstop were used in Ashgabat ceremony.

J&C Joel’s on-site team flew out to Ashgabat on two occasions to assist with the rigging of the drapes. Due to the fluid nature of these ceremonies, on-site adjustments were required. Working in temperatures in excess of 40 degrees, the team worked tirelessly to ensure the drapes integrated seamlessly with Stage One’s rig.

Oliver Marns, J&C Joel’s Creative Sales Manager, said: “It is always a pleasure to work with our long-standing friends at Stage One. They really are world leaders in their field and it is a testament to our manufacturing team that they ask us to be involved in prestigious jobs such as this.

The sheer size of these drapes presented the biggest challenge of this job. However, with careful planning and constant checking, the drapes were made to spec and the outstanding end result speaks for itself.

I would like to thank my colleagues who worked on site for their relentless efforts in what were some of the most challenging conditions I have worked in.”